Posted by harringtoncompanye in Uncategorized on August 11, 2016

So, a little treat for you all. At our recent Tournament at Ashby De La Zouche castle, we had a friendly camera in the crowd on the Sunday and we have a few videos of the rounds for you!

In these, each team selects a representative to contest a weapon type. The team lying in last place gets to choose their opponent, the remainder then fight – with the winners then deciding the day.. 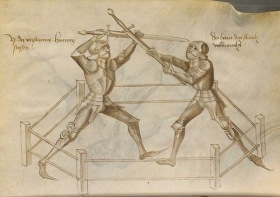 Woodhall was lying in last place and had the first choice. They chose to fight the black of Harrington.

The remaining two teams then fought..

Woodhall was lying in last place and had the first choice. They chose to fight the white of Pilkington.

The remaining two teams then fought.. 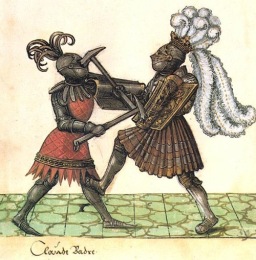 Sadly, our friendly camerawoman had no battery left at this point so we have no video of the grand melee for you, nor the tie break between Sir William Harrington and John Mortimer Esquire.

However we hope you enjoyed these videos and they give you a flavour of what was a wonderful and highly competitive event.

Just listen to the roar of the crowd!

Posted by harringtoncompanye in Uncategorized on August 8, 2016

And so, #tourneetime2016 comes to an end. The last of our summer Tournaments has drawn to a close.

We ran six this year, at Tutbury Castle, Delapre Abbey, and at Ashby De La Zouch castle. All were well received and great fun to stage. Those that came to support us were wonderful, and we really appreciate all your cheering (and booing..)

So, with all the score done and dusted.. let’s recap on the points! 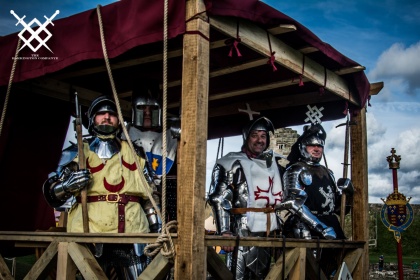 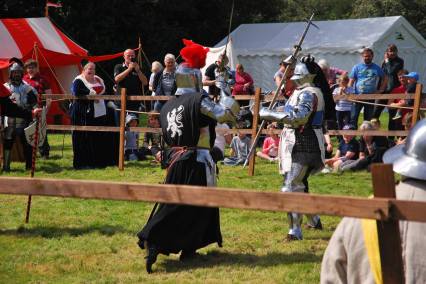 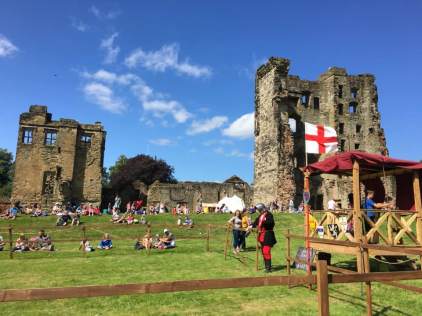 However the results are more interesting when looking at the consolidated scores from the full season:

It should be noted that some tournaments had more points on offer than others. Delapre and Ashby had the axe and shield round; and Ashby Day 1 did not run the Knight Knockout round.

Despite not winning a tournament, Mortimer’s overall consistency places them second this year and only four points behind the Pilkington team.

Mortimer – always the Bridesmaid and never the bride? Perhaps this will change in 2017.

Thanks to all those who took part, and all our fans out there who came along and watched us.