Posted by harringtoncompanye in Skirmish, Uncategorized on March 14, 2019 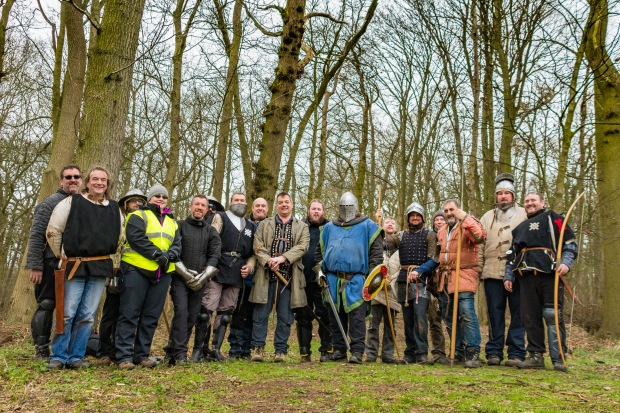 After a fantastic days woodland combat in the December mist at the Naseby location, here are results and awarded titles. Scoring was using the Harrington standard scoring system, with the Bomb Run, Take and Hold, Dispatch Runner, and Relic Capture  game types being played throughout the day.

KILLING SPREE (Most Kills in one game)

Also check out some GREAT in combat photos from Tony of the Beauforts Helmet Cam! 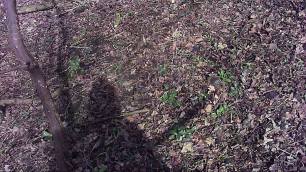 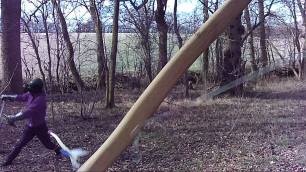 Thanks to all those that took part, it was a great day, and in our opinion this stuff is the most difficult and authentic 15th C combat in re-enactment. Any kind of score on any of the Key Performance Indicators is something to be proud of

Posted by harringtoncompanye in Skirmish on June 22, 2014 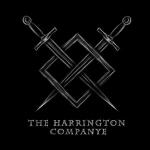 Below is the final leaderboard for the June 2014 Skirmish. Congratulations to Alec of the Harrington Companye!

** Game Marshall for some games so did not contest every game.

Posted by harringtoncompanye in Skirmish on June 17, 2014 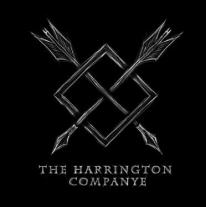 We will be running a number of games, primarily Dispatch Runner, Take and Hold, and the ever popular Bomb Run.

Cost will be £7 for the day. Registration will be at 10:30, with basic combat & archery assessments about 11. After lunch we will be heading into the woods. Bring stout footwear, and we suggest old clothes as you might not want to see what the forest can do to your carefully hand stitched expensive clothing when charging around through the woods. There is water on site, but you will need to bring your own lunch.

If you have not been to the site below, you can follow the map below to reach registration. Point A is the NN13 5TR sat nav location (according to google), the entrance to the site is a small sign as the road bends (shown with a white and blue box below). Follow the entrance in, and once through the metal gate take the track to the right across the field, through the gap in the hedges and into the main event field. We will be basing ourselves here for the day before proceeding to the wood. 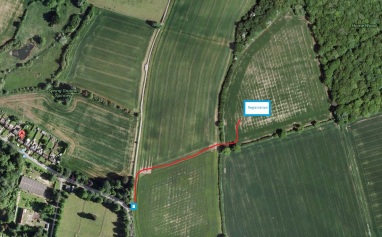 The level of armour you wear will determine the amount of hits you can take before being eliminated from each game. Details of the current armour weightings can be found here.

Posted by harringtoncompanye in Events, Skirmish, Uncategorized on October 28, 2013

The Companye recently attended the second of the Medieval Siege Society’s autumn programme of woodland skirmishes.

This one was at Thriftwood Scout site in Essex.  We had taken part in skirmishes there before, and found it to be technically challenging. It is wood, but with many open glades interlinked by paths. This means it is possible to quickly gain ground and bring arrows to bear from flanking opportunities – but also means the glades can become ambush hotspots and catch combat teams unawares!

It was really well attended by the Companye and it was great to  see a number of our Companye together for the first time since Herstmonceux back in August.  It was also fantastic to see Warren, who had been released from the Army for the weekend (though forbidden to take part).

We played a number of games throughout the day. As with any site, some are better suited than others. ‘Dispatch Runner’ was halted as it became apparent the site was not suitable as we had less space than on our previous visit, though Alan H continued his winning streak at this game.  Secondly, we found when we tried the ‘Bomb Run’ game it wasn’t quite as much fun as at Tournament Stud and really needs a heavily fortified position which Thriftwood was missing. That said, Adrian the Bayard had us all bent double laughing when he undertook a highly politically incorrect bomb run at one point.

However, the Base Capture game (aka The Relic of St Fraser) was a standout success, and probably the best site we have played it on so far. The layout of the wood meant we effectively had two large wooded areas, each containing a base & flag, yet with a clear glade of ‘no man’s land’  in-between. This became increasingly competitive, as each team tried to evolve tactics to cross this killing ground, yet leave enough to protect their own base.

In these games, Stan the Archer (not a Harrington but a great friend to the Companye) was at his fearsome best. Shot of the day was him shooting Wibble Pot in the bedroom department from at least forty yards.  Howard, the Companye’s master woodsman also deserves special mention for an undetected leopard crawl all the way to the enemy base, armed only with a dagger.

However, it was generally agreed that the best moment of the day goes to Marcus – who was the sole survivor from his team and had managed to capture the enemy flag.  Up against  four remaining team members of the enemy he managed to hide and take one down after they had all walked clean past him – a feat made even more impressive as it was carried out in front of the eliminated members of his team who were watching & cheering from the holding pen nearby! Well done Marcus, it was even worth putting your hair out of place for!

All in all, we had a great day and although the rain decided to put in an appearance at one point it failed to dampen everyone’s enthusiasm.

The MSS will be running some more Skirmishes in the coming months, we’ll definitely be taking part. If you have wondered about them, do come along – it’s really the most fun you can have in armour.

Next up – the Clout shoots, and our banquet!

Posted by harringtoncompanye in Events, Skirmish on October 22, 2013

Several weeks ago I attended an MSS woodland skirmish at Tournament Stud near Silverstone. As it was my first time on the site I was quite surprised to see the tavern in the middle of the otherwise empty field. This view, mingled with recollections of stories of previous skirmishes I’d heard, suddenly made me very excited. I was also slightly concerned for my boots as it had turned out to be a muddy day and I had no idea we could have civvies, but I soon got over that.
Attendance was mainly members of the Companye, and together we numbered 12 with an almost even amount of MAA and archers which made for some interesting games.
The first of which was the runner game where one or two runners had to reach a certain spot on the site (in this case it was the exit from the woods) without being killed. After a few of these games it was my turn, with Alan, to be the runners. We managed to completely overestimate the size the woodland and came round full circle way behind our target.

After scrambling through bushes, bonfires etc (as seen on Alan’s head cam video) we came back on track, our only way in now was to run at the exit from the side.

Alan got through but unfortunately I didn’t as Stan’s arrow and my thigh were destined to meet, and it seemed it travelled through several bushes to get there! I was doomed anyway as Corin was just about to mash me with my own creation.
My favourite game was the bomb run/tree house game. One team had a bomb and had to take it to and hold it under the tree house for 30 seconds, and the other team simply had to stop them. To begin with the teams were split so that archers were defending and the MAA were attacking. This was great as it required lots of moving about, like when Stan and I dropped Ant and Alan and flanked up the right, a manoeuvre which ended in an ending I’m not going to mention but saved the tree house.

Finally, as the afternoon came to a close we did a tavern assault, a moment I had been waiting for all day…

All the archers stood up on the tavern roof and attempted to stop the Men at arms from taking the tavern. Most of the time we were successful in doing so apart from the one time Ant used the secret door I didn’t know about, I was so surprised I almost hurt myself as I instinctively leapt from the battlements to save myself.
Overall it was an excellent day and I can’t wait for the next one!