Herstmonceux – we came, we saw, we broke The Dom!

Posted by harringtoncompanye in Events on August 29, 2012 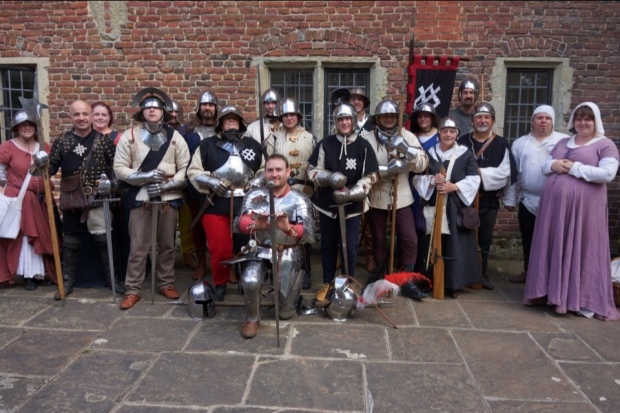 The Companye has returned from England’s Medieval Festival at Herstmonceux Castle!
Despite not having a living history encampment due to graciously waiving our allocated space so the Bonivants could camp in one place (they owe us many beers) we were still able to enjoy ourselves.
Highlights include:

It was also first time in livery for our new handgonners Steve and Nuala, and Mitchell fought alongside us for the first time as well. Pete and Lee (aka the Ninja’s) have passed their combat tests and for battlefield prowess have now been awarded the honour of the Harrington Knot to their livery. Mrs Wibble (nickname yet to be assigned) proudly bore the Harrington banner for us for the first time, and we finally got to meet Posh Phil’s fiance who joined in with great gusto. Thanks to both ladies for putting up with us!

Scarey did the Companye proud in the battle of Champions, and easily outclassed his opponent despite being at least half their height.
Thanks again to Mark S who stood in as Sir William Harrington on the Saturday, and lead the Companye into the fray.
It was a great weekend.
And so, as the great campaign season draws to a close and the nights grow longer, we can look forward to the banquet and celebrating all that we have achieved… 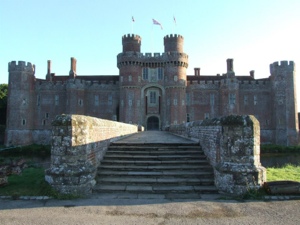 Posted by harringtoncompanye in Uncategorized on August 20, 2012

Herstmonceux – the biggest MSS event of the year – is now merely days away. The Companye will be in attendance, and will be taking to the battlefield and entering the archery competition.
Sir William Harrington has been unexpectedly detained on the Saturday with matters of state, so in his absence his veteran sergeants will be having their weapons blessed by the Chaplain and leading the Companye to the field!
Look for the Companye by the MSS registration point outside the main entrance to the castle.
After Herstmonceux, we have the small matter of the end of season household banquet to look forward to…

Posted by harringtoncompanye in Events on August 13, 2012 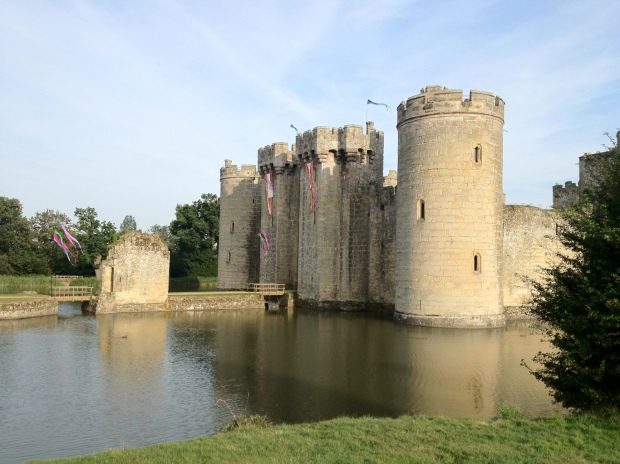 Well, the wanderers have returned from Bodiam!

It was a late arrival on the small hours of Saturday morning due to a combination of the distance, and the Harrington party bus getting stuck in a Hare Krishna festival on the way down. You couldn’t make this stuff up!

Luckily, Bulldozer and Loki had gone as the advance party and had put the party tent up already.

After some campfire shenanigans and putting the world to rights it was off to bed, whereupon we awoke to glorious sunshine.

Despite not being host household we quickly deployed the society defences to the battlefield, the script being the siege of 1483..

Then, it was into the day proper. Firstly, a men at arms display – featuring a number of the Companye in the MSS display. Plaudits must go to Mark S for coming out on top during the infamous Circle of Treachery!
After a lunchtime touring the castle, the afternoon saw us feature in the Siege of the Castle. The year was 1483, and the Castillien Lord Lewknor had decided to call a commision of array to raise troops against the new Yorkist King Richard III. This was going well until Yorkist spies reported this treachery and a force was dispatched to sieze the castle and arrest Lord Lewknor. Surpised during the commission of array, the ledger containing the list of rebel troops was captured – and Lord Lewknor exhausted his men attempting to reclaim it – before paying the price for his treachery with his head…
The Harrington Companye fought bravely, and with great vigour considering the heat!! Congratulations to Loki and Tasteless for passing their combat competence tests and experiencing their first full battle. I’m sure you will enjoy many more. Might want to watch out for that Justin chap and his axe though – he’s a bit good with that 😉
Other highlights from the weekend were the new camp banner that Bulldozer has had made, and the communal sleeping arrangements which brought tears to everyone’s eyes – mostly due to the smell.
After a quick pack down of kit, we then cleared the battlefield (despite the fact we had a five hour drive home ahead of us and other members lived more local..) and hit the road. The A21 was it’s usual self, so a swift detour was made to the Golden Arches of Doom for a snack. To which Dale proceeded to take 4 hours to eat.
Thanks to Cheri for loaning us Mark for the weekend, Mark for doing the driving, and most of all Bulldozer for the use of the Harrington party tent.
Next up Herstmonceux….

Posted by harringtoncompanye in Uncategorized on August 8, 2012

Preparations for the upcoming weekend and battle are in full flight. The Harrington Bus (like the Venga Bus but with hard rock) will be heading down to Bodiam packed to the gunnels with the pioneers of the Harrington Companye. We’ll be travelling light – as proper pioneers – armed only with what we can carry, and a CD of “Swords of a Thousand Men” by Ten Pole Tudor.

We’ll all be authentically sleeping in the one tent, but with all the snorers up one end. As its a lads weekend away, rumours that Jacqui and Helen are being forced to wear beards are entirely unfounded. No, not at all. Honest.
Don’t miss us!

Posted by harringtoncompanye in Uncategorized on August 3, 2012

The Naseby training dates for 2012 are:

Posted by harringtoncompanye in Uncategorized on August 3, 2012

Regional Social meet up for those  in the Northants area. Come and meet other MSS members and a great opportunity for newcomers to find out all about the society!

Posted by harringtoncompanye in Events, Uncategorized on August 1, 2012

The Harrington Companye were at Kenilworth Castle providing a backdrop to a spectacular joust!