By Guest Intrepid Reporters Kevin & Izzy (who would appear to have mostly Lancastrian sympathies..) 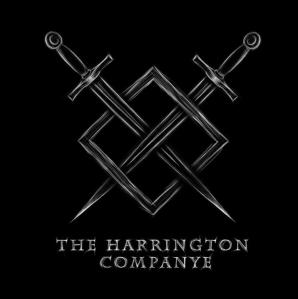 St Albans – the third event of the season and the first without a hint of rain. A chance to recall the heat of Tewkesbury 2013 with the polite answer to a MOP about whether it was warm in the armour was “yes rather” and the unpublishable one was “like an f***ing microwave oven love”. Saturday’s events drew fewer members than Sunday but it was maybe a chance to get an idea about what was supposed to happen with the admittedly slightly complicated battle scenario. It went like this…

Yorkist villagers engaged the Lancastrians in a skirmish (sadly not actually in the street although the street did feature Sunday) and forced them back. Unbeknown to the hurriedly armouring up and smugly complacent Yorkists the Lancastrians who had got waylaid by the pub dragged themselves to the battle and whooped the arses of said Yorkists. Go Lancaster…To the one True King!

Not the end though (boo hiss – don’t you get the message you Yorkist chancers???).

In the later battle a small probing force of Lancastrians got beaten by the nasty Yorkists but the plucky Lancastrians (bias writing? Never!) went in under pavaise cover to rescue them with the aid of the chuffing noisy gunner contingent and the mighty Windrush longbow men. Meanwhile the much larger armed Lancaster contingent appeared behind the prematurely gloating Yorkists and soundly kicked butt.

The confused and mumbling king was carefully lead out from his happy place amongst the trees by the scheming Yorkists who were once again stopped by the House of Lancaster who reunited him with his queen. Well not actually with his queen on Saturday as there was a slight technical hitch in no one actually remembering to tell the queen she was needed on the field. Oops. Must do better chaps. Luckily on Sunday she was primed and ready and the upshot was the gory beheading of the Yorkist leaders.

Cecil the mighty trebuchet was swinging his mighty pant leather throughout the weekend, although had a slight issue with dressing to the right. Cecil was informed that he should really dress to the left but the minor detail of that being where the crowd was located might have been the reason for the wilful disobedience. A wise man once said never work with children, animals or trebuchets. You don’t know that phrase? Pretty sure it is accurate…

The longbowmen kept up a series of sterling displays throughout the public time and the gunners also got to duet with Cecil along with their battle role. Some rude person said something about needing another man’s cord to help him go off. Medieval Viagra for enhanced performance it seems.

The highlight of the weekend was the armoured march through the streets of St Albans to St Peter’s church where we were to be blessed by the vicar. The march was a series of entertaining stops starts following the skittish horse on which the lady mayoress was sat.

The distinct lack of medieval highway code was demonstrated when arriving at a roundabout. Yorkists went left, Lancastrian went right and then marginal confusion reigned over whether the twain would meet or just go a different way. So everyone stopped and that just seemed easier. Vicious reports from the Yorkist side about Lancaster’s lack of signals. Clearly everyone from the House of Lancaster has a performance car that has no need for this lowly tools of the road. The Yorkists did kick Lancaster’s derrier when it came to marching chants as basically they did and Lancaster didn’t. Come on chaps, there really needs to be some practice there. Too many shouts of “A Cobham A Cobham” or “tissue paper tissue paper” (yes we heard right and no we didn’t understand either) can grate after a while. By the time the Middletons has worked out their chant the horse had really had enough so chanting was off the cards. Sadly Scooby the shirehorse then had to contend with a snap happy photographer who was determined that all the marchers would form a tight horseshoe behind his nether regions for the photo op. Easier said than done when the onlookers would not shift and a certain set of long feathers really seemed to have waved one too many time near Scooby’s nostrils.

The public of St Albans were very pleased to be entertained and very thankful to everyone there. Certain members were overheard to say that they preferred the better class of visitor, not least because there was no need to chase after the thieving scrotebags that had legged it with a sword or two!

This entry was posted on May 18, 2014, 10:48 pm and is filed under Events. You can follow any responses to this entry through RSS 2.0. You can leave a response, or trackback from your own site.